Zhonghe Resources (Namibia) Development (Pty) Ltd is a company owned jointly by by China Uranium Corporation Limited (58%), Springbok Investment (Pty) Ltd (21%), and Namibia-China Mineral Resources Investment Development (Pty) Ltd (21%). The Zhonghe Uranium project is situated in the vicinity of the Rössing and Husab Mines east of Swakopmund in the Erongo Region, and the project covers almost 13 000 hectares. The company currently holds to Exclusive Prospecting Licenses and in 2012 was also awarded a mining licence by the Minister of Mines and Energy.

Since 2010, the uranium-bearing alaskite at Zhonge’s licenses has been investigated by means of almost 600 km2 mapping, 700 km2 ground geophysical surveys, 50 km2 of geochemical surveys involving the analysis of more than 1700 geochemical sediment samples, 7650 m of reverse circulation percussion drilling in 51 holes, and 18 600 m of diamond core drilling in 191 holes. In addition, 11 799 hard rock samples were analysed. Geological research by means of trenching and geophysical surveying is ongoing.

The average uranium grade was found to be 230 ppm U3O8, and the establishing of reserves awaits further geological and geophysical evaluation. The deposit is amenable to conventional open-pit mining. An ore leaching test was recently designed and conducted in China on a 500 kg sample and confirmed that the ore to be extracted can be heap-leached.  An assessment of the industrial utilization of the leaching process applied is under way.

Through its team of two Namibian employees and three expatriate employees, as well as contractors, Zhonghe Resources is conducting the work described above. Labour relations are stable. Rehabilitation activities are carried out on an ongoing basis, once trenching, geological research and geophysical surveying are completed. 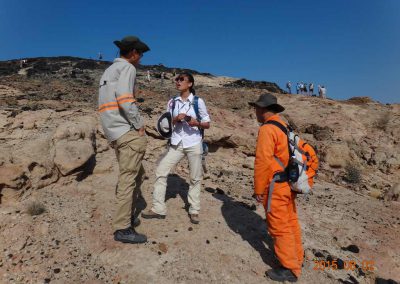 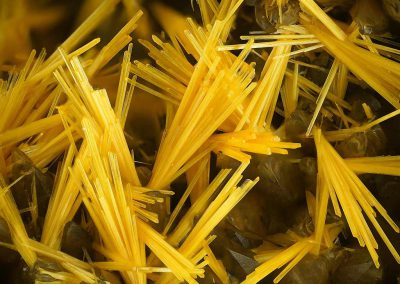 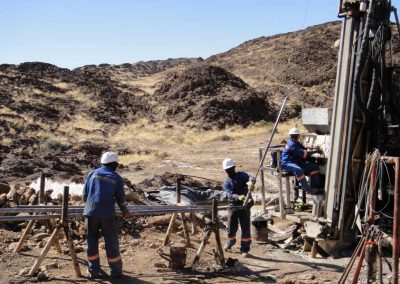 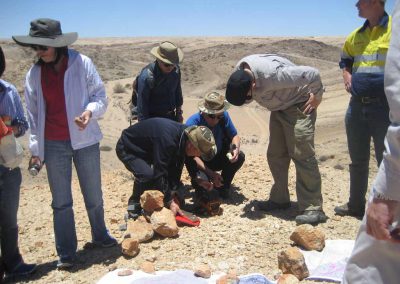