The uranium deposits of the central Namib belong to two main types, namely primary uranium mineralization in light-coloured granite, so-called alaskite (Rössing, Husab), and secondary uranium mineralization in calcrete (Langer Heinrich). Secondary mineralization is the result of weathering of rocks with primary mineralization. Uranium-bearing alaskites have intruded the metamorphosed sediments of the Khan and Rössing Formations some 450 million years ago. The predominant uranium mineral in alaskite is uraninite [UO2], but betafite [U(Nb,Ti)2O6(OH)] can be a major mineral phase in some places. Secondary uranium deposits are found in calcrete which formed in palaeo-valleys of ancient rivers that flowed westwards from the Great Escarpment some 88 to 25 million years ago. The main uranium mineral in calcrete is carnotite [K2(UO2)2(VO4)2 x 3H2O]. It occurs as a thin film in cracks and as a coating on sediment grains in the calcretized fluvial channels. Both mineralisation types are amenable to open cast mining methods.
Uranium mining is an important economic factor in Namibia and in the Erongo Region in particular, where it has created substantial employment opportunities not only in the mining industry, but also in the supply and service industry. With more new nuclear power plants under construction worldwide than at any other time in the last 25 years, linked to the urgent need for electricity generation with low CO2 emissions, uranium prices are expected to improve with time. This will enable the uranium mining industry to prosper and grow, and continue to play its important role in the socio-economic development of the Erongo Region and indeed Namibia as a whole. 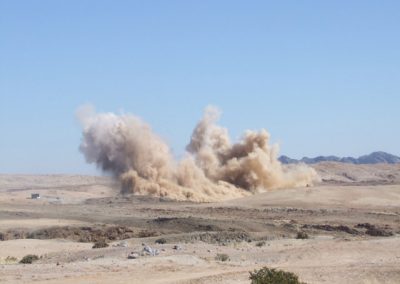 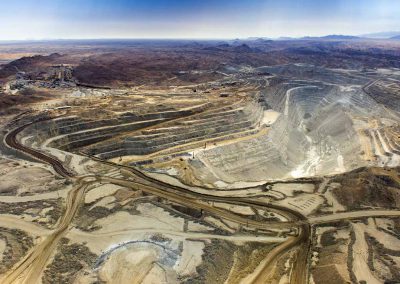 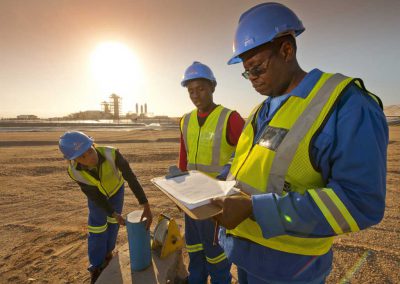