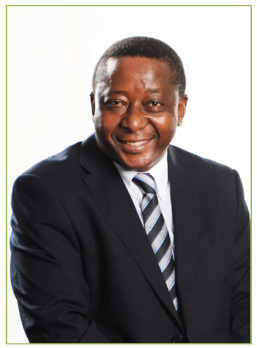 The Namibian Uranium Association (NUA) is an independent association representing the interest of all the operating uranium mines, most of the uranium exploration companies and contractors associated with the industry. It is governed by a Board of Trustees. The purpose of the association is to promote the development of an efficient uranium industry committed to sustainable development and in compliance with Namibian laws and regulations.

Mr Hilifa Mbako was elected as the new Chairperson of the NUA with effect from 1 January 2016 for the next two years. He takes over from Mr Deon Garbers, the Senior Executive Vice President of Swakop Uranium, who has led the NUA during the past two years.

He was educated in England since 1983 where he read Business, Finance, Politics, Philosophy, Economics and Journalism. He worked in the UK and Mexico for a year before returning to Namibia in 1989. He holds a BA Communications, Economics and Philosophy degree (Bradford University) and a National Diploma in Business and Finance (London College of Communication) and has more than 25 years’ top level experience in the financial services and mining industry. 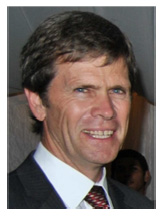 The Association is also pleased to announce the appointment of Mr Werner Ewald as the acting Deputy Chair. Mr Ewald is the General Manager of Bannerman Resources Namibia. He holds a degree in Electrical Engineering and a MBA for which he received the Gold Medal Academic Award from Old Mutual. He started his engineering career in the Erongo region shortly after Namibia’s independence and joined Bannerman five years ago. Mr Ewald chairs the NUA Sustainable Development Committee that leads the development of the industry’s positions on key issues affecting the expansion of uranium exploration, mining and exports. His focus during the next two years will be on the importance of water and power supply in the Erongo region.