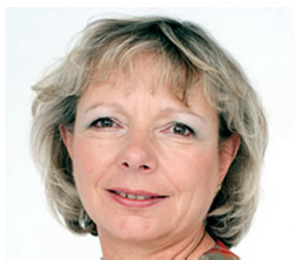 Appointment of Executive Director of the Namibian Uranium Institute

The Namibian Uranium Institute (NUI) is the uranium industry’s leading point of contact for governments, the public, media and other interested parties. The NUI creates consultative communication platforms, set standards and provides health, environmental and radiation safety training for the industry. It is closely linked to the Namibian University for Science and Technology (NUST).

The NUA is pleased to announce the appointment of Dr Gabi Schneider as the Executive Director of the Namibian Uranium Institute (NUI) with effect from 1st of February 2016. Dr Schneider takes over from Dr Wotan Swiegers, who retires after leading the NUI since its inception in 2009.

Dr. Gabi Schneider graduated in 1980 with a Master of Science in Economic Geology from the University of Frankfurt, where she also obtained her PhD in the Faculty of Earth Sciences in 1984.

After working for the Institute for Geochemistry and Metallgesellschaft, both in Frankfurt, she joined the Geological Survey of Namibia in 1985 as a Senior Geologist. She headed the laboratory, before she became Deputy Director in the Division Applied Geology. She served as Director of Mines in 1995, and was appointed Director of the Geological Survey of Namibia in 1996. Her professional experience covers economic and exploration geology, mineralogy and geochemistry as well as management and administration.

She serves on numerous platforms notably as the President of the Organisation of African Geological Surveys (2013- 2016) and the Vice Chairperson of the Environmental Investment Fund of Namibia. She is a Director of the Minerals Development Fund of Namibia; the Vice Chairperson of the Board of Trustees of the Namibian Institute for Mining and Technology (NIMT); a member of the Sustainable Development Council of Namibia and a member of the Benguela Current Commission.

She served as a presidential appointee on the Council of the University of Namibia and its Executive Committee, and as a member of the National Heritage Council of Namibia, where she also held the post of Chairperson of the Scientific Committee.  She is an honorary life member of the Geological Society of Namibia, an honorary fellow of the Geological Society of London, and is a registered Scientist with the South Africa Council for Natural Scientists.